Experience vision with cataracts with the Fred Hollows Foundation

This month, the Laser Vision Scotland blog is focusing on The Fred Hollows Foundation. The foundation came about through the lifes work of its namesake. Amongst its work, the foundation have developed a sight simulator so anyone can experience vision with cataracts, glaucoma or retinopathy. Read on for a look into Fred Hollows incredible life and to try the sight simulator for yourself.

Fred Hollows: The Man, The Legacy and The Foundation
Frederick Cosson Hollows is one of the most respected and admired names in ophthalmology. His legacy was his life’s mission to end avoidable blindness. A humanitarian and an eye surgeon, Fred Hollows’ belief that every person deserves access to high quality and affordable eye care still resonates today.
The New Zealand-born ophthalmologist dedicated his career to restoring the eyesight of thousands of people in Australia and beyond. It is estimated that Hollow’s work and the work of his foundation, means that today over one million people can see.
Hollows passed away in 1993 at the age of 63, but the important work of the Fred Hollows Foundation continues to change lives all over the world.

About Fred Hollows
Hollows was born on April 9th 1929 and grew up in New Zealand, in a family of four boys. He had a talent for science and studied for a degree at the Victoria University of Wellington. He went on to study medicine at the Otago Medical School in Dunedin, before moving to the UK in 1961 to study ophthalmology at the Moorfields Eye Hospital in London. Following some post-graduate work in Wales, he returned down under in 1965 and became an Associate Professor of Ophthalmology at the University of New South Wales in Sydney, Australia. Throughout the 1970s, Hollows worked closely with indigenous Australian communities, including the Gurindji and Aboriginal people. He noted with alarm the high number of people with eye disorders in these communities, with trachoma being particularly prevalent. As a result, he set up the Aboriginal Medical Service which aimed to improve medical services for minority groups
across Australia. Hollows spent three years visiting approximately 460 Aboriginal communities and it’s estimated he treated 27,000 people for trachoma and carried out around 1,000 operations.

During the 80s, Hollows visited Nepal, Burma, Sri Lanka, India, Bangladesh, Eritrea and Vietnam, and later set up eye surgery training programmes for local eye technicians in a number of these countries. In Eritrea and Nepal he set up intraocular lens labs too, where they could make lenses more affordable for the
local communities and treat more cataracts patients.

Hollows was determined to make a difference until the very end. Despite being diagnosed with renal cancer, he discharged himself from hospital and flew to Vietnam to train over 300 eye specialists in modern eye surgery techniques. In 1992, Hollows and his wife Gabi set up The Fred Hollows Foundation to continue his lifelong work. When Hollows died from cancer in 1993, the Chief Minister of the Australian Capital Territory said he was ‘an egalitarian and a self-named anarcho-syndicalist who wanted to see an end to the economic disparity which exists between the First and Third Worlds and who believed in no power higher than the best expressions of the human spirit found in personal and social relationships’.
Fred Hollows received numerous awards and recognitions throughout his career, including many posthumously.

The Fred Hollows Foundation
Today, The Fred Hollows Foundation continues the important work of its namesake. With the sole aim of ending preventable blindness, the foundation delivers education, medication, surgery and training to communities which need it the most, as well as building facilities in more than 25 countries around the
world. To raise awareness of common eye problems which, if left untreated can lead to blindness, the foundation created a sight loss simulator to replicate the effects of cataracts, glaucoma and retinopathy on vision. The immersive tech experience uses Google Maps to give users a relatable idea of what it’s like to live with blindness, and dispels the myth that blindness is when you can’t see anything at all. Instead the simulator demonstrates that blindness varies in severity and vision is affected in different ways depending on the condition. There are numerous ways you can support the work of The Fred Hollows Foundation, including making a one-off or regular donation, carrying out fundraising, or naming the foundation as a beneficiary in your will. Just £15 could give someone the gift of sight, donate now. 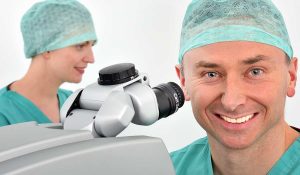 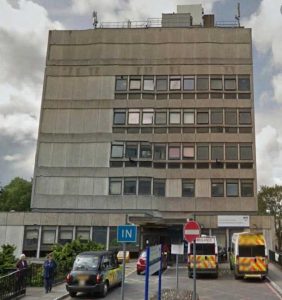 Edinburgh consultant eye surgeon Jonathan Ross offers his view on why optometrists are central to the future of Edinburgh’s ophthalmic healthcare community. The news that Edinburgh’s NHS Eye Pavilion may soon be closing has sent shockwaves 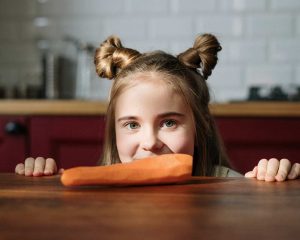 About 250 individuals experience vision loss every 6 minutes, according to statistics by Fight for Sight UK. Good vision is important for everyday